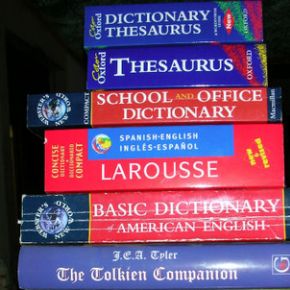 I think I’ve been a very lucky child for a lot of good reasons.
One of these reasons, the one I want to talk about in this post, is that I attended my first English lesson when I was in primary school. They were afternoon  lessons, and they were not free, but we are talking about a small village in southern Italy in the first eighties. It meant a lot for me, something very unusual for those times.
I don’t know how much I really learned (I can almost hear your jokes, “by judging the way you wrote this post, full of blunders and all, you learned anything…), I don’t know how effective were those afternoons spent playing, singing English songs and listening English stories with other children, but I can say I really enjoyed them.
“Ladies and gentlemen, welcome to the show” was the first line in a funny “end of year” show, and I can still remember it very well. I had three or four lines in all, but anyway, I was a child that in case of need could invite ome English speaking guests to a show. I knew how to do it.
And I keep on studying at secondary school, with the tape cassette who was a must for our generation (tarattatta -tattata, taratatattatà – tatà: “listen, and repeat. Peter, pass me the ball! Kick the ball! What’s your name? I am thirteen years old…”)
High school years, for my English competence, were the worst. Lousy teachers, senseless programs of study. The only thing I remember is “The albatross” by  Coleridge, but just because the poem has been interpreted by Iron Maiden, as a discovered  afterwards  (“Day after day, day after day,  we stuck, nor breath nor motion”).
I had to recover lost time during the college years, when the only exam really tough was English Composition (with an oral examination too). I passed it at the second try working hard at the Cilta (University Language Center). From that moment on I continued to study without stops, English language mainly, with some flirts with French and Spanish too (never used them, completely forgotten).

Now I don’t study it anymore and that’s a shame, but the life of a daddy is full of shame.

I have to retain that English was very useful for me, to find a job, in the private sector and in the public too (I know it can seem weird, but to get a job in the Public Relation Office of a small village, high above the hills, I had to pass an interview with a English mother tongue).
To tell the truth, I used very little my English in the past for professional reasons, and nowadays I don’t use it at all, but what I want to be clear is that in my humble opinion English language is very important.
But.
But also being able to organize a complex reasoning is important, having a good dictionary, to understand irony. The most powerful people I happen to met  had a very poor knowledge in foreign languages, but they were so smart in their job they can hire a native speaker assistant.
That’s because what you really need is to be smart. Without intelligence bilingualism is nothing.
Nonetheless, a lot of people of my age are obsessed by the idea their sons must know the meaning of ” good morning”, and who cares if they have no idea of Italian sequence of tenses or if they can’t count to three. Not to mention those desperate parents who, having spent a lot of money for an expensive  babysitter from Australia, find out that their daughter speak with her nanny only by gestures..
Bilingualism is an extraordinary gift that can multiply your talent: if your talent is null, it multiplies nothing.
I did with my daughter what I thought was right: small English books, English cartoons, a very light English course for children.
When she, just three years old, told me: enough with English dad, we’re living in Italy and we speak in Italian, I decided not to insist. She’ll study it when she need it. But zero tolerance with the Italian subjunctive: I want her to use them properly. No excuses.
Teach your children to speak a foreign language, and perhaps one day they’ll be an interpreter. Teach your children to speak properly their own language, and perhaps one day they’ll have an interpreter. 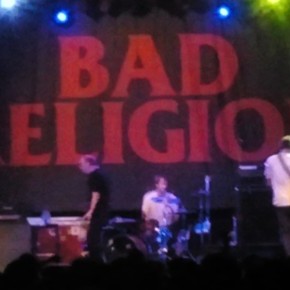 There are musicians you like for their songwriting. there are others you prefer for their lyrics. You can love the way a band perform during a live show, or you can appreciate their political o cultural view, how they explain their ideas and their commitment in a interview. If you’re a lucky guy, all these features can be combined in only one artist: I am that lucky, because my favorite rock band are Bad Religion, and I love their music, I love their lyrics, I like their political commitment and  I love…(well, I dont’love Greg Graffin, not in a literal way, ehm… I don’t go so far) and I like Greg Graffin and his search for the Truth trough science and naturalism, although I am a catholic believer. In my humble opinion Bad Religion are simply the best rock band ever, an finally I can say I love their live performances too, since I was present to their concert wednesday  the 19th june 2013 in Bologna.

For those who care, this was their set list, but actually I’m not sure of it (to tell the true I copied and pasted that from here) because I was completely taken from their breathless sound. There were almost no pause in the traditional punk rock and hardcore style, no need for long speech since their songs are enough to tell their thoughts, only people happy to live one our and a half with a great band and the emotions they can raise.

Past Is Dead
We’re Only Gonna Die
New Dark Ages
Generator
True North
Anesthesia
I Want to Conquer the World
21st Century (Digital Boy)
Overture
!@#$%^&* You
Sinister Rouge
Dharma and the Bomb
Recipe for Hate
Suffer
Sanity
Nothing to Dismay
You
Do What You Want
No Direction
Beyond Electric Dreams
Epiphany
Come Join Us
Changing Tide
Against the Grain
No Control
American Jesus
Sorrow
!@#$%^&* Armageddon… This Is Hell
Vanity
Infected
Dept. of False Hope –

Of course this is not a review, I not able to judge how the played (come on, they did it greatly, no doubt about it!) , if their set list was proper (well, actually I waited for Punk Rock Song and I was quite disappointed thet didn’t played it….), if the organization was  good or not. This is not what this post is about; this post is just a thanks to what Bad Religion are, the music they played and the emotions I feel every time I put one of their cd on.
If there were a secular, good religion, Greg Graffin would be its prophet.

For those who still don’t know Bad Religion; you’re really lucky, because you got the opportunity to discover what the rock is and how deep it can affect your life. Go find some Bad Religion record, now! 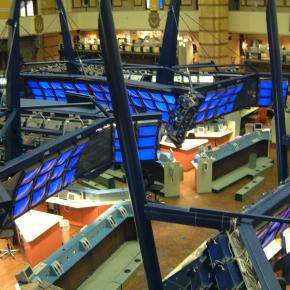 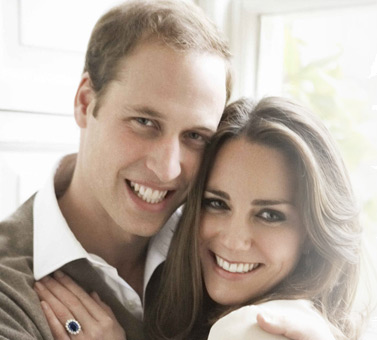 She’s really beautiful, nobody can deny that. And problably she’s quite smart, too, if she’s been chosen among thousands of pretty girls. He will be the king of Great Bretain, and that’s still a good job, althoug a little depreciated in the last years.
They got married, all the world watched their wedding, but… For all the envious people all of the country, and I’m referring particularly to men, there is a little satisfaction: the prince is going a little bald. He’s still quite handsome, although for now he has just a slightly receding hairline, but, come on, he’s non perfect.

For the first time in the two countries history, an Italian prime minister won’t be invited to lunch during an official meeting next week. Nobody will take care of that here in Italy, but I think it is a sing, a bad sign. Obama doesn’t like Berlusconi, it is obviuos. How he could? But now everyone out there knows. Everyone but Italian people.
PS Dear Barack, if you see a couple of very young and half naked girls spinning around Berlusconi and calling him daddy, be careful.
They’re not his daughters.

Dear American friends, I humbly apologize for the shameful statement made by Berlusconi.

You know, he’ s not just prime minister: he’s the punishment for our sins.
I don’t know, maybe we are paying for the Christians persecutions by Romans, or for the medieval wars. Maybe he is the Italian people’s purgatory.
For us, he’ s like hemorrhoids: we can do nothing but grit our teeth, and hope that the pain, soon or later, will pass.